MediaRites’ The –Ism Project is a series of films about the intersections of race, gender, orientation and national origin. The 2021 films were adapted from monologues originally commissioned for our live theatre tour. MediaRites worked with Oregon artists to adapt the monologues to address 2020 experiences addressing COVID-19, the Black Lives Matter movement and the separation of children from their families at the border. Each short film is accompanied by a pre-recorded panel discussion with the artists and community professionals to converse about the themes in the films.

Being Me In The Current America Trailer

These videos were created as part of the Crossing East Asian American history series which won the 2006 Peabody award and ran on 230 public radio stations. Also featured is a video from the Coming Home project in Kodiak, AK and the Mei Mei film.

For more info go to crossingeast.org.

From the late 1700s through the 1800s, the fur trade on the Pacific Rim brought Hawaiians to the Northwest Coast of North America. Today, their legacy remains through city and landscape names, through the forts and trails they built, and through the memories of their descendants. Fort Vancouver was built in the early 1800s and is one of the only physical reminders of the importance of Hawaii and Hawaiians in the making of the Pacific Northwest. But there are other reminders: the town of Aloha, the Owyhee River.

Frontier Herbalist Doc Hay and his business partner and friend Lung On ran the Kam Wah Chung store and medical practice in the small Eastern Oregon town of John Day from shortly after the Gold Rush into the 1950’s.

Unlike in other parts of the country where lynching and massacres of Chinese immigrants were the norm, these two men were respected members of the community and are still remembered fondly by John Day residents.

After the fall of Saigon in April 1975, refugees from Vietnam awaited approval to move to the US and other countries. By 1979, almost 62,000 Vietnamese were in refugee camps, with over 140,000 people displaced from Cambodia and Laos. Portland, Oregon, was one of the medium-sized US cities that dealt with the relatively sudden influx of every major ethnic group from Southeast Asia. More than 25 former refugees were interviewed.

Coming Home: The Return of the Alutiiq Masks is a one-hour radio documentary  by Dmae Roberts, two-time Peabody-winning producer, Clark Salisbury, Shyanne Beatty. It takes us to Kodiak, Alaska where Alutiiq peoples work to save their language, cultural traditions and heritage by unlocking the secrets of the masks collected by French explorer Alphonse Pinnart in 1872.  When he died in 1911, he bequeathed the masks to the Chateau Musee, a small museum off the coast of Northern France. There the collection survived two World Wars and were rediscovered by Alutiiq artists who began making pilgrimages to France in 2000 to see the artifacts of their culture. This led to an unprecedented sharing of history between two cultures, two different countries a world apart.

This short film was created by Clark Salisbury and Dmae Roberts.

Mixing live action, animated visuals and historical and family archives, Mei Mei, A Daughter’s Song brings to life the original Peabody-award-wining 1989 radio documentary in a full visual and aural experience. The timeless story of a parent and child crossing the divide that separates them speaks to the human experience in all cultures. Find out more at http://meimeiproject.com

Dmae Roberts created the half-hour film documentary, Mei Mei, A Daughter’s Song, using the 1989 Peabody-winning audio documentary of the same name as the soundtrack. The radio documentary was the first Taiwanese-American radio documentary on public radio, and it was originally aired on NPR, BBC, CBC and ABC. “Mei Mei” tells the story of Dmae and her mother, Chu-Yin Roberts, as they travel to Taiwan together after a long absence. During their travels, Chu-Yin Roberts reveals the abuse she experienced after she was sold into servitude at the age of two and while she was growing up during World War Two. It soon becomes clear, the tensions Dmae and Chu-Yin experienced with each other came not only from the always-complicated mother/daughter relationship, but also from their being separated by differences of culture and language. 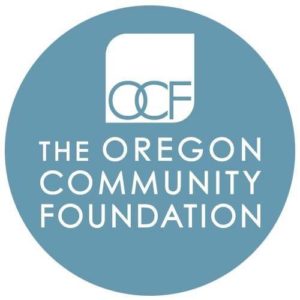