Starting with the fall of Saigon in April 1975, refugees from Vietnam awaited approval to move to the US and other countries. By 1979, there were almost 62,000 Vietnamese in refugee camps, with more than 140,000 people displaced from Cambodia and Laos. Portland, Oregon, was one of the medium-sized US cities that dealt with the relatively sudden influx of every major ethnic group (Vietnamese, Lao, Hmong, Mien and Cambodian) from Southeast Asia.
Fifteen former refugees were interviewed for the Refugee Dreams Revisited project, which was created for the Peabody award-winning series Crossing East that ran on 230 public radio stations.
END_OF_DOCUMENT_TOKEN_TO_BE_REPLACED

On Saturday, August 6th, MediaRites held an event at IRCO to celebrate the completion of ‘Refugee Dreams Revisited.’
It was an art show, music performance, craft workshop, and luncheon all in one.

Over 150 people from many ethnic backgrounds attended.

END_OF_DOCUMENT_TOKEN_TO_BE_REPLACED

MediaRites presented arts outreach in partnership with SAFES, Survivors for An Effective System and Act For Action, to 40 survivors of crime and violence. We spent nearly six months planning the workshops and the outreach to SAFES members with Arwen Bird of SAFES and Jeannie LaFrance of Act for Action.We offered these workshops to survivors: people whose lives have been drastically affected by violence and/or crime. Some survive individual violence (such as surviving incest, assault, burglary or rape), others institutional violence (such as police brutality, internment or slavery).

END_OF_DOCUMENT_TOKEN_TO_BE_REPLACED

The Legacies Intergenerational Project initially began as a multi-disciplinary project that would work with 100 youths and elders to partner for a year-long project in creative writing, audio production, interviewing, oral history and visual art. Participants would create a book of writing and art and a CD of audio stories that would be presented to the public on radio.

END_OF_DOCUMENT_TOKEN_TO_BE_REPLACED

MediaRites was one of three non-profits in Oregon to garner the prestigious National Endowment for the Arts Creative Links Program award. During Fall 2000, MediaRites brought an after school class in radio production and graphic design to Roosevelt High School.

END_OF_DOCUMENT_TOKEN_TO_BE_REPLACED

With more than 25 contributors from all over the country and world, Sorting Through Shadows: Youth Speak Out on Mental Health is a beautifully illustrated collection of personal stories from youth ages 13 to 23 from the U.S, Canada, United Kingdom and Sweden.

END_OF_DOCUMENT_TOKEN_TO_BE_REPLACED

Hope: The Youth Radio / Literacy Project
In ’97-’98, MediaRites taught residencies to 40 of the 8th grade English as a Second Language students at Binnsmead. The students represented 17 different countries and nationalities and this project provided the only arts program at their school.

END_OF_DOCUMENT_TOKEN_TO_BE_REPLACED 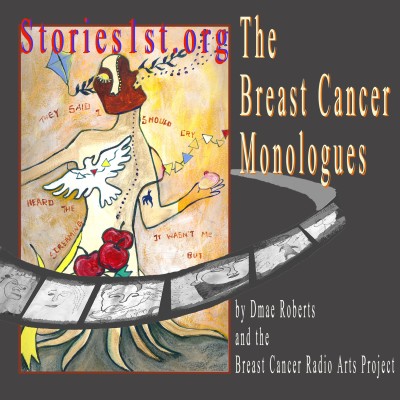 The Breast Cancer Monologues is a one-hour collage of women’s stories produced by Dmae Roberts and the Breast Cancer Radio Arts Project and intricately woven from interviews, readings and dramatizations about how breast cancer has affected the lives of women in America.